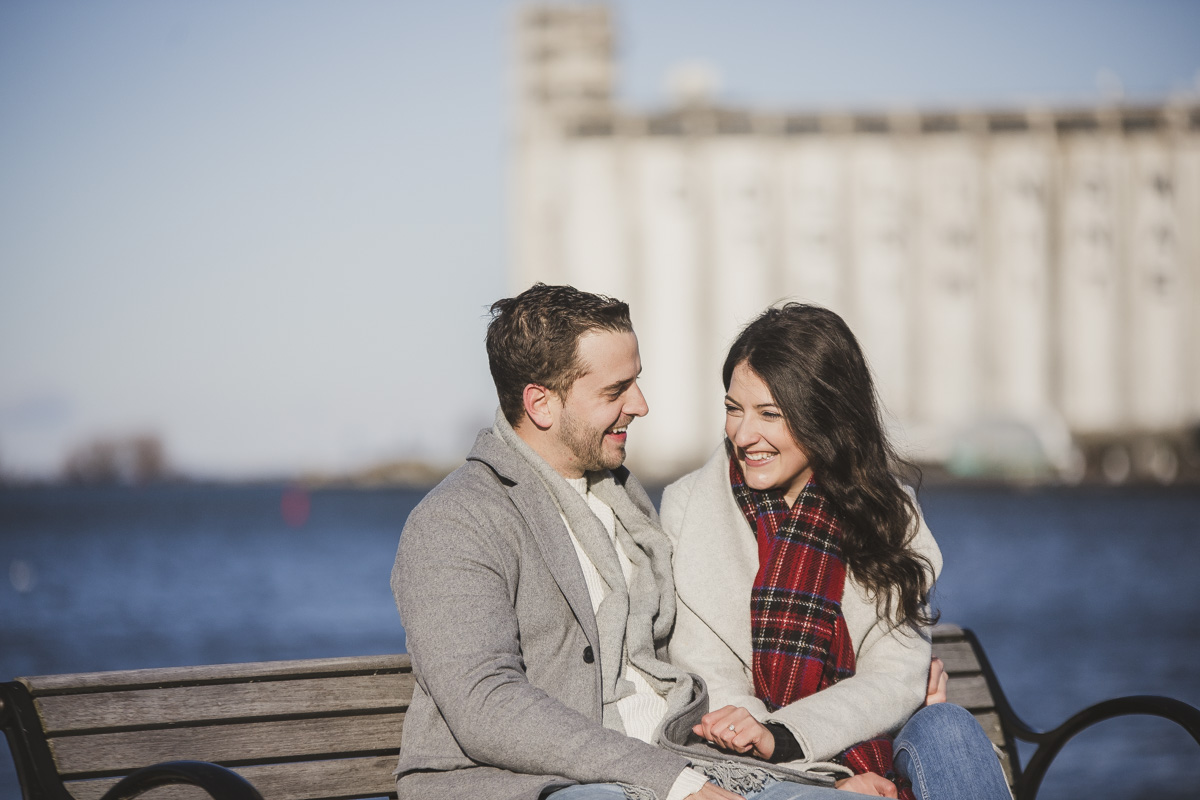 It wasn’t exactly what Wade had planned for… He had planned to take Megan shopping in downtown Collingwood prior to a beautiful dinner. Before they arrived at the restaurant, he would take her on a quick walk by the water and pop the question. But as we got closer and closer to the proposal time, the wind started to pick up and the snow started falling sideways. Altogether, it was making for a rather unpleasant downtown Collingwood proposal situation… So we changed the plans.

Instead, Wade proposed at the restaurant at a private table, and we met up with them the next morning to take some photos. We started in the exact location where the proposal was originally to take place. And Wade, again, gave his speech and went down on one knee.

Both Megan and Wade agreed that it turned out even better than the original plan. Just have a look and you’ll see.

Are you planning a proposal? Downtown Collingwood might be the place to do it. And I can help you bring your plans to life… or even counsel you through changing plans when things aren’t working out the way you want them to. Tap right here to contact me, and I’ll help you through the whole process!

Use the buttons below to share this proposal inspiration. If they’re planning a proposal, they’ll thank you.