You are here: Home1 / Blog2 / Frequently Asked Questions3 / How To Plan A Flawless Romantic Proposal 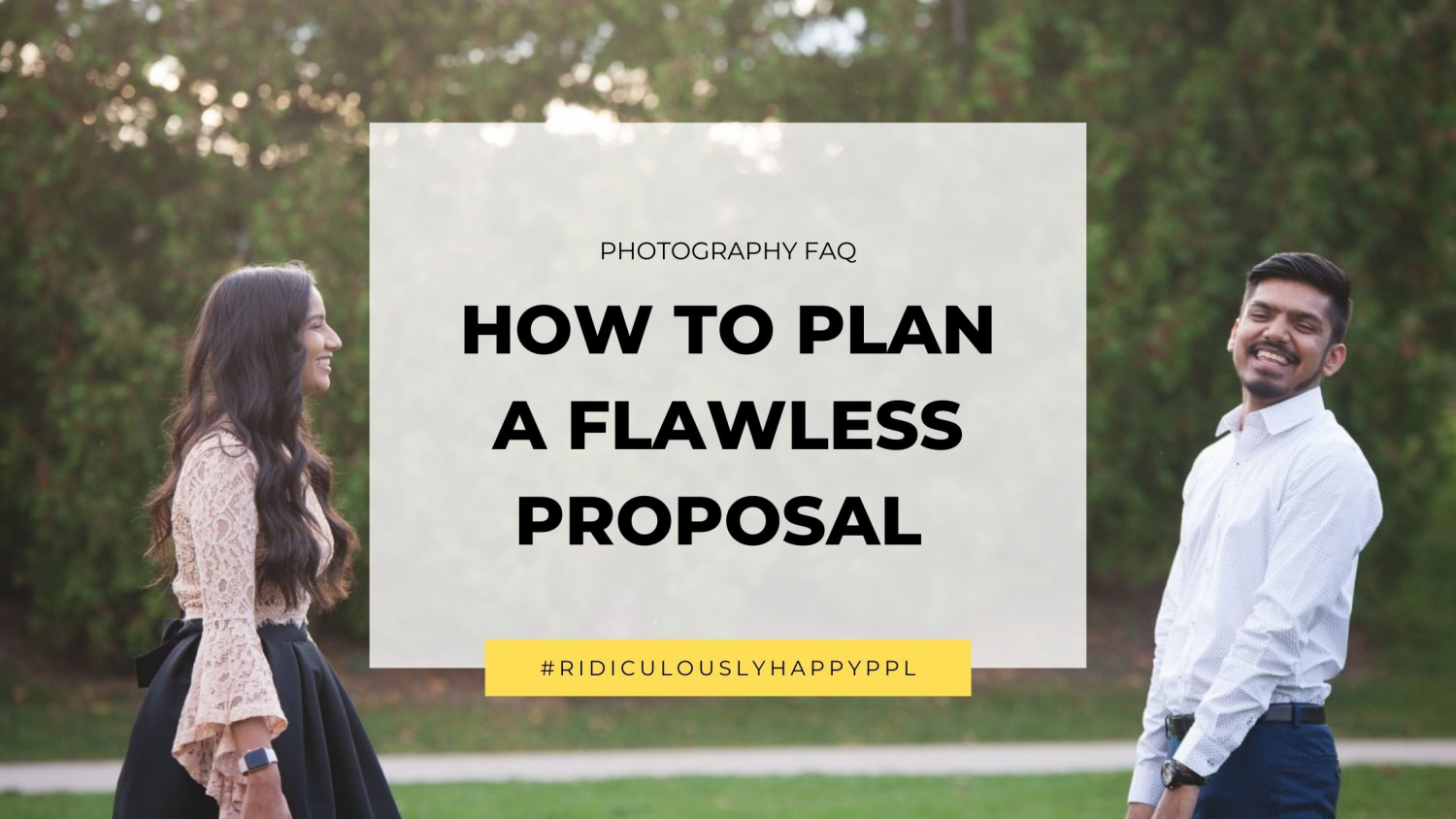 I photograph a lot of proposals, and 100% of the time the person planning the proposal is nervous. Sometimes, the proposer has a plan, but more often than not, they don’t know where to do it, they don’t know what to say, and they’re always nervous about what their beloved will say. This post is all about how to plan a flawless, romantic proposal. I’ll share with you a four very different proposals I’ve photographed to give you an idea of how they planned their unique moment.

Camellia loves Christmas, and Romel took that love and ran with it for his proposal.

His plan was to make this a total surprise. And it was, because he dragged her out on a blustery day, got the car stuck in a snow drift, and made her walk through the deep snow to a small peninsula while I stood, hidden, far away. He had written Camellia a book telling the story of their love, handed it to her, and as she turned to the last page, he dropped down on one cold knee.

All of the snow made for a dreamy moment, and proposing on her favourite holiday made it a moment that Camellia will never forget.

Sherif had probably the most well-though-out proposal I’ve ever seen. It was also the proposal with the longest wait because soon after our first consultation, COVID broke out. But when the day finally came, it went off without a hitch because of all of the planning he put into it.

Sherif wanted to visit Blue Mountain Village and have a caricature artist draw him and Gena. When they had their first look at the caricature, Gena would see that Sherif was proposing, she would turn around and see him down on one knee. And he made it all happen by recruiting his best friend to help plan and his best friend’s unknown coworker to play the caricature artist and renaming all of us in his phone so that it looked like he was just communicating with his own coworkers.

Of course, there was the trick of getting Gena to Blue Mountain in proposal-appropriate clothing. He told her that he was going to a conference. You’d think that she would bat an eye at a conference mid-COVID on a steaming-hot day. But when they arrived at our location, pretended to be working with Blue Mountain Tourism, and said, “You two must be here for the conference!” This wiped any doubt from Gena’s mind, and Sherif got to deliver his proposal to a shocked and crying Gena.

Jon wasn’t sure how to get Alyssa to the location he had picked out for his proposal, but he knew that he wanted to propose on their anniversary. So here’s the idea we came up with… He told Alyssa that, for their anniversary, he booked a photographer as her gift. Little did she know that the gift was actually a great big ring.

So I met them at our location, I told them exactly where to stand. I started taking a few photos, and then he pulled a note out of his pocket and handed it to her. As she read it, he dropped down on one knee, and the surprise was written all over her face.

Jenny’s proposal to Shae didn’t take too much creativity. Jenny knew exactly what she was going to say. But what she didn’t know was anything about the location she intended to propose. She didn’t know where to park, where to go, where to stand, or what direction to face. Altogether, I helped her choose the exact location for the perfect view, drew her a map, and arrived 30 minutes early.

I brought Kevin with me to help out. Our plan was to pretend that I was photographing Kevin so that Shae wasn’t tipped off about what might be happening. And it worked!

I wanted to finish off with Krunal’s proposal to Nirali because it is probably one of the most memorable I’ve photographed for an unexpected reason.

Krunal planned a surprise proposal. For me. Because when he and Nirali arrived at the proposal location, they walked right up to me and asked me, “OK… How do we do this?” I had been standing there pretending to be photographing the scenery so that I didn’t give away the surprise, but it was written all over Nirali’s face that she knew exactly what was about to happen.

So here’s how it went down: I told them, “Go stand over there… And now propose.”

Photography isn’t an integral part of a proposal for everyone. But booking your proposal with me has other added benefits, like all the planning help you require! Here’s what I’ve helped my clients with and what you get working with me:

If you think you need help with any or all of these things, tap right here to contact me. I’ll help you plan and execute the perfect proposal.

Who do you know who is planning a proposal? Or better yet, who do you know who you want to propose? Use the buttons below to share this with them. But do me a favour… If you see me there with my camera, act surprised when they propose.