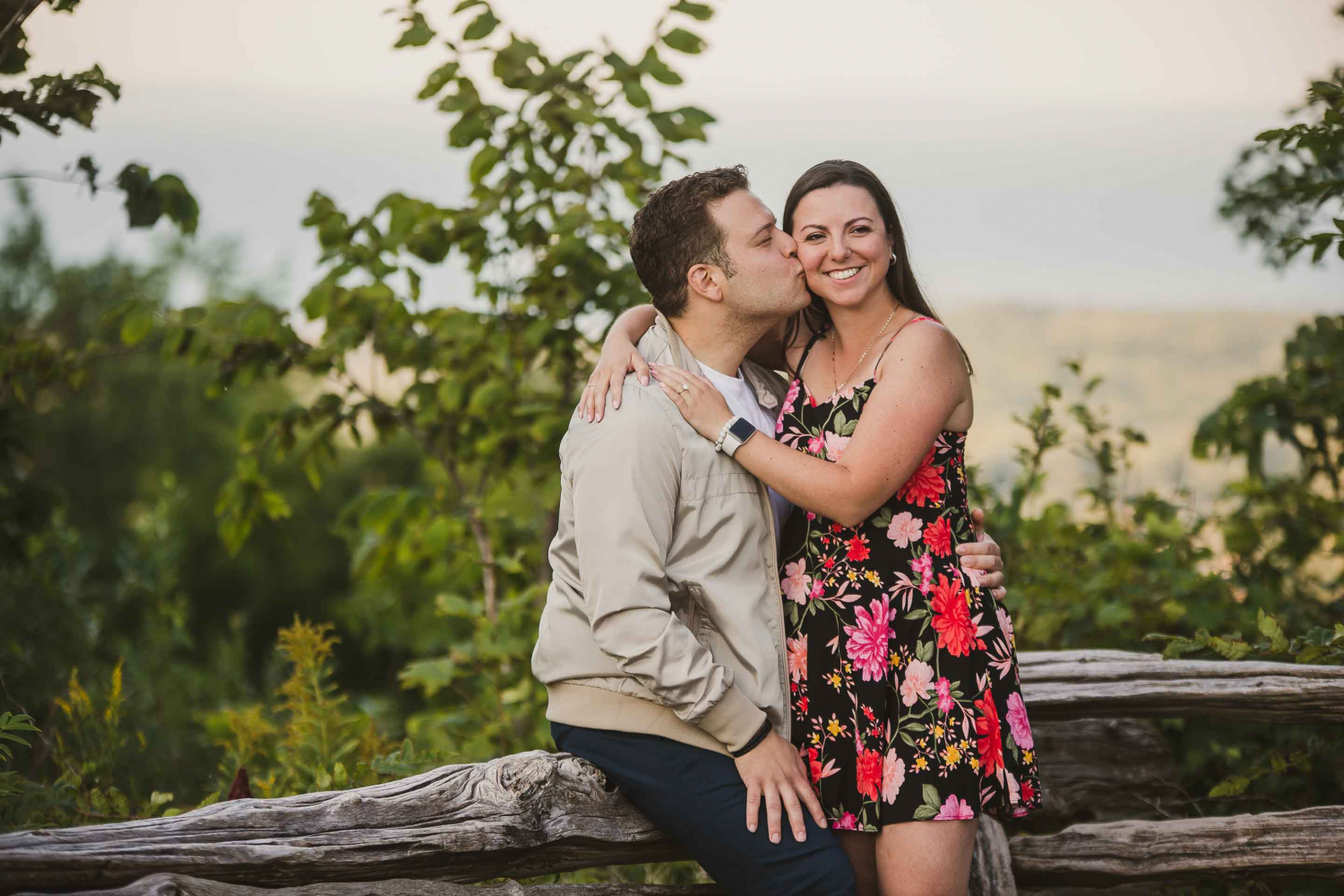 When I originally spoke with Marco, he said that his favourite things about Roxane were that she is so compassionate and family-oriented. And after 10 years of long-distance, attending school in Boston, and spending 2 years reconnecting with her family whom she loves so much, Marco thought it was finally a good time to officially make her his family, too! And so he contacted me for Georgian Bay proposal photography for his romantic sunset proposal at the lookout at Blue Mountain Village.

And the answer? Well, you can see it below!

You have this one moment that is all you. And planning a surprise proposal can be stressful. I can help you make this moment exciting and reduce the stress. Tap right here to contact me and add photography to this special moment.

Who do you know who is planning to pop the question? Use the buttons below to share this example with them. With all of the stress around planning the perfect moment and whether they have everything covered, they’ll appreciate all of the help.